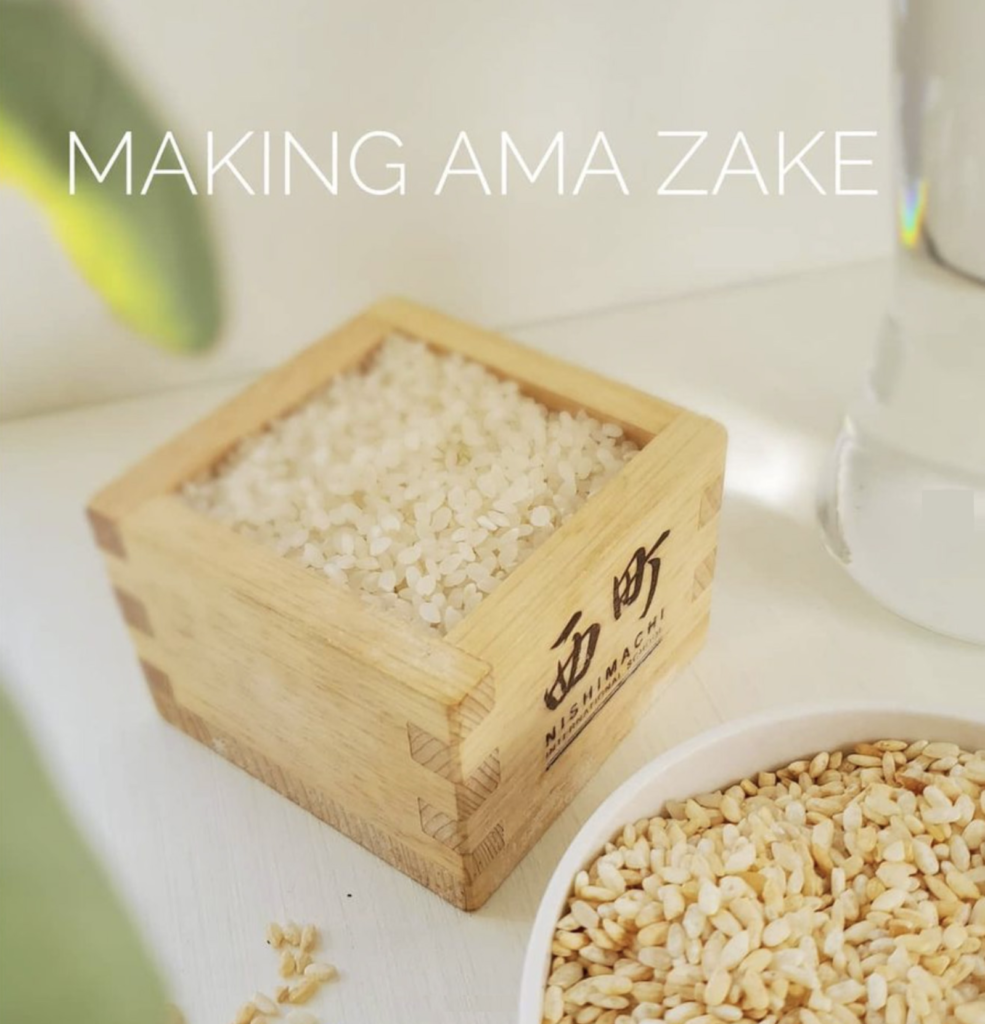 Today is the “DAIKAN 大寒” (literal meaning “big cold”) on the Japanese calendar,  the coldest day of the year.  It is also known as the “AMA-ZAKE Day”, as “AMA (sweet) ZAKE (liquor) being regarded as a comfort drink on cold winter days.

There are two different kinds of AMA-ZAKE’s in Japan; SAKE KASU AMA-ZAKE a low-alcoholic drink made from dissolving SAKE KASU (sake lees) in hot water with a little bit of sugar, and a non-alcoholic KOME KOJI (rice malt) AMA-ZAKE made by fermenting a mixture of porridge and KOME KOJI.

Because I’m not a huge fan of SAKE KASU AMA-ZAKE, and since my hubby had been asking me to make him some KOME KOJI AMA-ZAKE, and since I happened to have some rice maIt in my pantry (yay!) I decided to make some.
Cook porridge→add rice malt→ferment the mixture at 50 to 60°C and after 6 to 8 hours, you get a nice naturally sweet AMA-ZAKE.  No sugar added, just the microorganisms doing its job and turning starch to glucose.  Not only for drinking, they are great to use for cooking and baking as natural sweetener. (It makes meat very tender!)

Well, I might go back to making this as our staple again to boost our immune system! We especially need that now! (they are aka “drinkable intravenous drip” for their exceptionally high nutritional content)