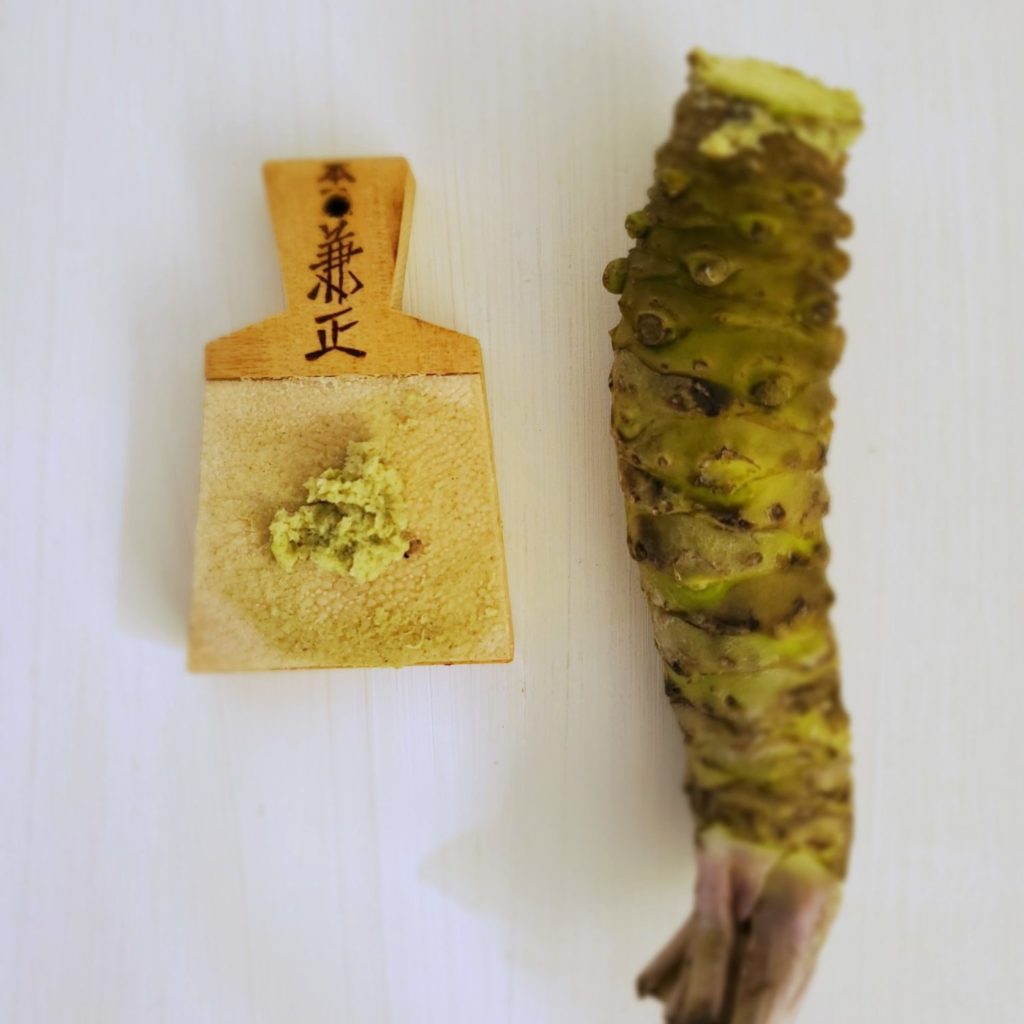 Okay!  Since we are Wa + Sabi, this would be a great topic to talk about today.
Have you ever seen this before?? Do you know what this is??  You may have come across this at a sushi restaurant or at an authentic Japanese restaurant.  (Yes, I spell it out in my title!!)

Yes!  Good guess!  It is a Wasabi grater, a special grater specifically used to grate wasabi.

But do you know what it is made from??
Hmmmm, sorry, not quite!!
It is made from that huge aquatic animal, “shark’s skin”.

Dating back in our early history, shark skins had been used to decorate armors and on sword hilts as an antiskid, which later on were used by temple/shrine carpenters as a wood file, which then becomes used on a wasabi grater.

Now, off course, you can always use a metal grater to grate wasabi’s, but it is said that metal detracts wasabi’s aroma while a shark skin grater finely breaks the cells resulting in creamier texture and optimizing the aroma and pungency unique to wasabi.

There is a little tip when using a shark skin grater.  The grains on the shark skin line up in a certain direction, and so, it is advisable to grate in a circular motion so that you cover all grain directions.

Fresh wasabi roots can be found pretty easily at local supermarkets, so try this incomparable taste of real wasabi at home!

Wa +Sabi is a real life guidebook to life in Japan, our cooking, tradition and culture.
Come and discover that little something to spice up your life!

Found a little visitor sleeping in our field. Hop